While going about the business of “replacing” our incredibly expensive TV service with antennas, the wife asked that we keep the capability to record the shows she loves. Fortunately, they are on major networks available on the antenna.

In the interest of being geeky and maintaining marital bliss on a budget, I did a lot of research.

My first move was to buy a simple `over the air` (OTA) tuner with software capable of acting like a digital video recorder (dvr). An iView Premium Digital Converter (3500STBII).

The principle is simple enough. It’s a black box controlled by a remote that connects to an antenna in line with a TV. If you’re old enough then you remember how old fashioned VHS recorders were set up. With the tv on a certain channel (3 or 4) then your box would display from the tuner box whether it was broadcasts or operating menus with your remote.

The model I chose was arbitrary, but I wouldn`t recommend it. The menus are not intuitive, controls without the remote are limited and video playback is played back in a horrendous format that is much smaller than our screen format.

To play back video, you can use the set top box or you can pull the USB stick out and plug it directly into the USB port of a tv or media center. In fact, the playback from the set top box was so poor, I did that very thing and was astonished at the quality of the playback. Vivid picture and colors.

I set this up to auto record on the timeslots where her shows normally air. No, unlike a full featured DVR it can not record just new episodes or first run episodes. You pick a timeslot to record a channel and it records that timeslot on that channel. If something completely different is aired, that gets recorded. Nothing fancy. Ultimately, after a few months this failed and the recordings we mere clips of a few seconds.

I believe it’s a handling of the recorded memory problem, but frankly it was more problematic to try troubleshooting extensively. So I abandoned that effort.

Now for more homework and a whole lot of time. I wanted something more full featured. I own a Raspberry Pi 1, 2, 3B and 4 and was aware there might be a way with their help. The ideal would be to set up one as a PVR with a USB tuner that could record shows with the help of the freely available enhanced program guide (EPG). The recorded shows would also be available for replay through some of the key TV`s through our home network directly or via a device like a ROKU.

We’ll cover that more in the future. Tune in again for another Cord Cutter Curious installment.

This is Part 3 of the ‘Cord Cutter Curious’ series.

Having found an antenna placement sweet spot, the next move was to arrange for antenna connection to the living room TV. This clearly would require more thought and effort.

For that I spent time at the top of a ladder examining the different coax runs with the attic light bulb across the dusty insulation.

I was able to find a coax that ran from the living room near our TV, through the exterior wall, toward our garage around the multitude of service access boxes. From those boxes there were multiple runs of coax that clearly ran into the attic ultimately ending up in that spaghetti pile in the attic.

The idea was to mate the coax run from the living room with one of the attic coax runs and then connect it to another attic antenna.

After noodling the options, it became clear that I would need a little more than just a keen eye to unravel this. Checking online I wanted an inexpensive means of signal tracing and making my own coax.

A little online searching and I found a Klein Tools Coax tester kit and a kit for making coax cables (cutter, stripper, ferrules and crimper).

The tester kit included four color coded mail end points. I needed double sided female connectors to use when testing loose cables with the end points. The way it worked is you attached the color coded pieces on one end and apply the tester to another loose end (like in my spaghetti pile). The tester shows which color is on the far end and then you should mark that cord to remember where it terminates. In my case, I used painters tape with magic marker designating the far end from the attic.

After setting up the test end points, what I discovered is the majority of our upstairs bedrooms all had useable coax legs leading to the attic and meet at a few splitters. And I found one leg running down to the gathering of garage boxes. I also had some loose ends I could not identify their end point. This tester saved me hours of running back and forth with trial and error guess work.

I happened to have a diy fractal TV antenna that I mounted in the attic. I attached the cable that ran to the outside of the garage to the balun.

The signal was phenomenal.

And that established the basis for my antenna feeds. I may set up more, but for now, that’s where I’ve started.

First let me say, thank you. Lighter weight designs and wall mounting, built in app functions like Amazon video and Netflix, and playing from a USB stick all deserve a round of applause. What an addition of functionality and versatility.

However, I could REALLY appreciate the option of directly connecting one or more bluetooth headsets. That way a few of us can enjoy whatever we want as loud as we want without disturbing the rest of the world. Or being disturbed by the rest of the world that may be too inconsiderate to think you might actually want to hear what’s on.

The one instance that I truly appreciate this type of functionality is with the Roku 3 remote jack. If you want to blast a show, the audio is streamed from the Roku to the remote through a standard audio jack ON THE Remote. What an AWESOME idea.

Why aren’t we seeing more of this? 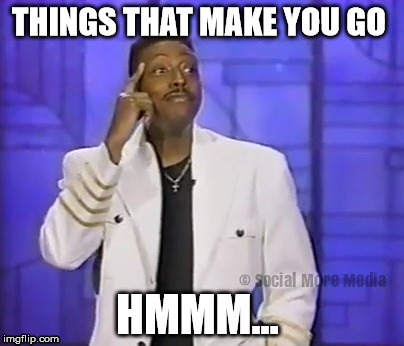 How would it be with a bluetooth connection on a tv capable of multiple headsets, possibly with independent and individual volume control. Will we ever know?

The Problem: Here’s the scenario. We have DirecTV with five boxes that includes DVR services. But only three boxes can be active at the same time. The fourth and fifth boxes can remain in the cold while three TV’s are occupied. And only so much recording can happen at one time with similar limitations.

We have a household with three adults and a 10 year old. The 10 year old believes the best way for something to happen is repeated random button smashing, because a half second delay is too much delay. He never lived in the days where dad’s used kids as remotes. “Go change it to channel 3”.

So, what’s that mean? It means that sometimes, I’m unable to watch or record what I want due to the competition of resources or the errors of button smashing that arbitrarily records or deletes things.

END_OF_DOCUMENT_TOKEN_TO_BE_REPLACED

Like Loading...
[Cue Deep Dramatic Narrator Voice] “In a world where there is no cable TV….”
[Cue dramatic apocalyptic background music]
Yeh, well, it happens.
You’re just going about living your life and something happens. Whether it’s because of some major event from mother nature, a traffic accident that takes a local box or the outcome of some “hey bubba, watch this” event, sooner or later we all have a cable outage.
So what do we do about it? Well, I’m certainly not inclined to miss a game if I can help it. Nor do I want to be left in the dark if our area is hit with some emergency.
Do like I did. Make a really cheap antenna in advance. File it away and pull it out when you need it.
Some people might go “What?! TV without cable? Is that legal?” Yes. It’s legal. People have been doing it since TV’s were invented. The FCC says it’s okay.
First, I’ll give you the link to the instructions, then I’ll share how I did it differently and how well it worked out.
The link is to build a DIY Flexible Fractal TV Antenna. Following this example, it comes out very nice looking because it’s mounted on clear plastic.
How did I do it differently? I followed the majority of the instructions and found all the parts I needed in a local odd lots place that had them all very cheap. To make it extra simple, I simply glued the aluminum fractal pattern directly on a 8.5″ x 11″ sheet of card stock cut from a file folder. I also used a piece of paint stirring stick as a backing piece to provide a firm means of screw mounting the balun to the fractal pattern. I had no intention of putting mine somewhere appearances might actually matter. But to make it weather proof, I slipped it into a plastic sleeve like you use for notebooks to insert pages.
How does it work? Great considering it’s less than $6 for materials with most things you probably have already around. How do I mount mine? With thumbtacks. Cheap easy and simple to locate. I mounted one on the roof fascia of our shed, left it in place for several months during Florida rainy season and received excellent reception with a tiny little 6 inch TV. It’s been through several severe downpours and weathered fine.
Now that we’re in a cable outage, I simply climbed a ladder to access the attic area, thumb tacked it in place on a rafter and ran the cable to the TV across the floor. We cover the cable with rugs and it’s fine for a temporary situation. At least until the cable is restored. Several channels are available at full HD.
How’s the reception? You really have to experiment to find the best spot. I discovered that in the attic where it is currently, the garage door should be closed for the best reception. Higher and obstruction free especially from metals and electrical is best.
Considering the cost, it’s ease of mounting there is no reason a person can’t make one and then just keep it in their bag of tricks for when the right time comes.
So if you want HD TV during a cable outage, check out DIY Flexible Fractal TV Antenna .
ca-pub-0684808774463307